In the series, Flash Gordon is a marathon winner whose scientist father disappeared through a Rift in space 13 years ago. As the series opens, something comes back to Earth through the rift, looking for Flash -- which drags him unwillingly into a science-fiction adventure on the planet Mongo, and into conflict with the planet's ruler, Ming the Merciless.

Dale Arden, a reporter for WIAD-4, also gets mixed up in Flash's adventures. Dale, Flash's ex-girlfriend, is now dating a detective, Joe Wylee. The uneasy relationship between the 2 is made even more complicated by the arrival of Baylin, a rogue bounty hunter exiled from Mongo, and the romantic attentions of Princess Aura, Ming's willful daughter.

Having Flash travel to Mongo through a wormhole, and not in a rocket ship created by Dr. Hans Zarkov is a significant change to the Flash Gordon story. Flash won't be trapped on another planet, as in previous versions of the story -- he'll be able to travel back and forth between Earth and Mongo. At a press launch, Eric Johnson (the new Flash) explained the change:

Creator and executive producer Peter Hume says that he struggled with how to modernize the Flash Gordon story:

In a recent interview with Peter Hume, it has been said that there will be some changes to the series during the second half of the first season:

When asked about whether the rest of the season will focus more on characters than on sets, Peter Hume said:

As far as the romantic tensions that are going on between Flash and Dale and then also Ming's daughter, Peter Hume said:

When asked if the series was going to go back to the Lion Men and Prince Thun and whether Barin (played by Steve Bacic) will be back, Peter Hume said:

And when asked if there will be a resolution to the plot with Flash's father this season, Peter Hume said: "Yes. It will resolve itself." 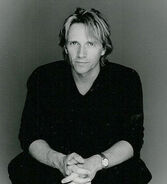 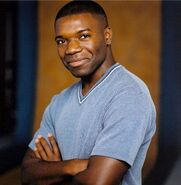 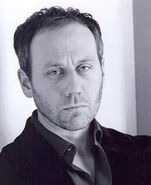 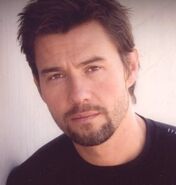 Steve Bacic
Add a photo to this gallery

Retrieved from "https://flashgordon.fandom.com/wiki/Flash_Gordon_(Sci_Fi_Channel)?oldid=12919"
Community content is available under CC-BY-SA unless otherwise noted.